QBasic cannot compile standalone executables. QBasic compiles the source code to an intermediate form within the integrated development environment, and this intermediate form executes (interprets) immediately on demand within the IDE. It replaced GWBASIC, and was part of MS-DOS 5.0 and higher, including Windows 95. QBasic was a variant of the earlier QuickBASIC 4.5 compiler but without QuickBASIC's compiler and linker elements.

Microsoft stopped shipping QBasic with later versions of Windows. Windows 98 users, however, will find it in the \TOOLS\OLDMSDOS directory of the CD-ROM; on the Windows 95 CD-ROM, it is in the \OTHER\OLDMSDOS directory. It is now only available from Microsoft's website for licensed users of MS-DOS. The program provided a state-of-the-art IDE (for its time), including a debugger with features such as on-the-fly expression evaluation and code modification. These were still relatively unusual in 2003, more than ten years later.

QBasic was also the subject of several programming books for beginners.

QBasic came complete with a couple of prewritten example games. These were Nibbles Game (a variant of the Snake game found on most Nokia cellphones) and Gorillas, an explosive-banana throwing game. 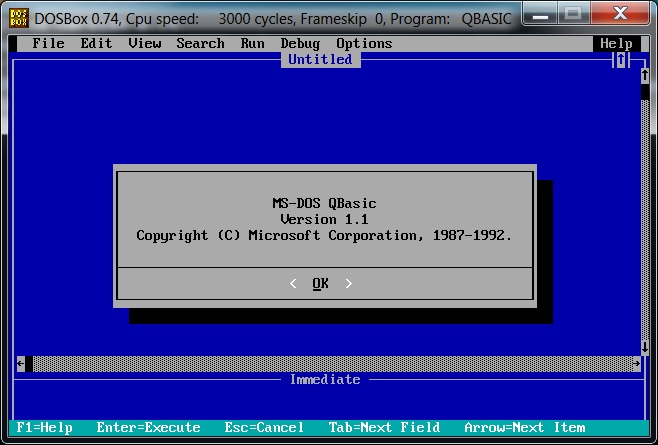 Like QuickBASIC, but unlike earlier versions of Microsoft BASIC, QBasic was a structured programming language, supporting constructions such as named subroutines and while loops. It still supports line numbers, a concept often associated with BASIC, for compatibility, but were not necessary and not considered good form. QBasic also has support for user-defined data types (structures).

See the QBasic Reference in the KEYS section. 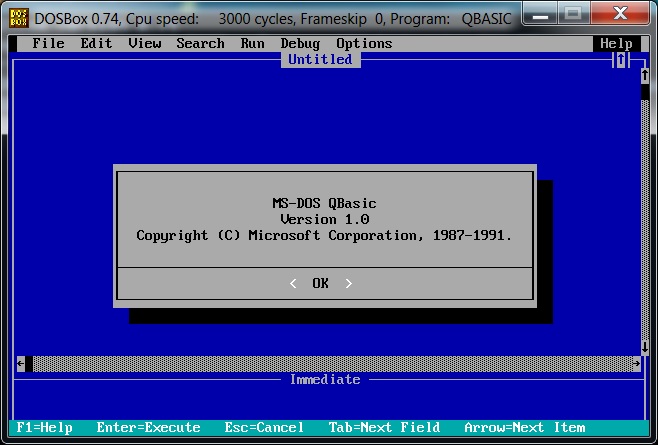